Knowing how to complain effectively and nicely is hugely powerful. Many people think their only choice when they have a grievance is to either “make a scene” or bite their tongue. But this is not good for you or the person/company you feel has wronged you. If you learn how to complain effectively without damaging relationships, you win twice over, as the problem is addressed and the relationship may even be enhanced. Sound a bit idealistic? It’s not, but you need some effort and practice. Ah, knew there was a catch…But before you give up and go back to either ranting or ignoring, look at the cost of not addressing complaints.

The Costs of Not Complaining Effectively

Nadia and Nellie both expected a delivery of boxes from Bungling Boxes, which they had  used for years without a problem. The boxes didn’t arrive, so they were delayed and upset that clients’ orders couldn’t be packed up. Potentially the orders would  be late and customers angry. They each thought “I can either just get on with it or give them hell.”

Nellie fumed at the staff, told the customers that their orders would be late because Bungling Boxes had let her down and generally had a really bad day. She decided never to use BB again and spent the afternoon looking for an alternative supplier.

Nadia posted her frustration on Facebook, Twitter the lot. Then rang Bungling Boxes to tell them how angry and disappointed she was and that she wanted compensation. She was never going to use them again and she had told everyone about it on social media. The receptionist from Bungling Boxes was very upset by Nadia’s tone and said angrily that she was very unfeeling and their contract meant they were not liable for any costs except replacement of the boxes. The company were in the process of notifying everyone to say that the van had been in an accident and the driver injured and they were sending out replacements. They then posted this information in response to Nadia’s comments

Nadia giving them hell cost them both a lot more and took longer to repair. Nadia felt bad, her customers saw what had happened on social media and thought less of her. She also had stress, upset customers and lost time complaining and looking for a new supplier.

For more details on how to complain effectively, handle complaints productively, resolve disputes and build relationships, sign up for a fortnightly roundup of helpful articles and tips or contact us. 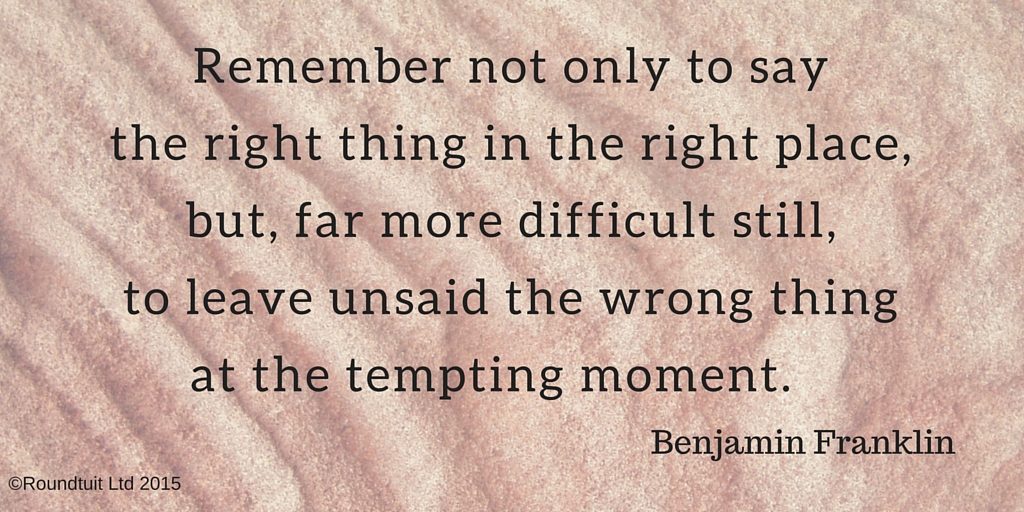