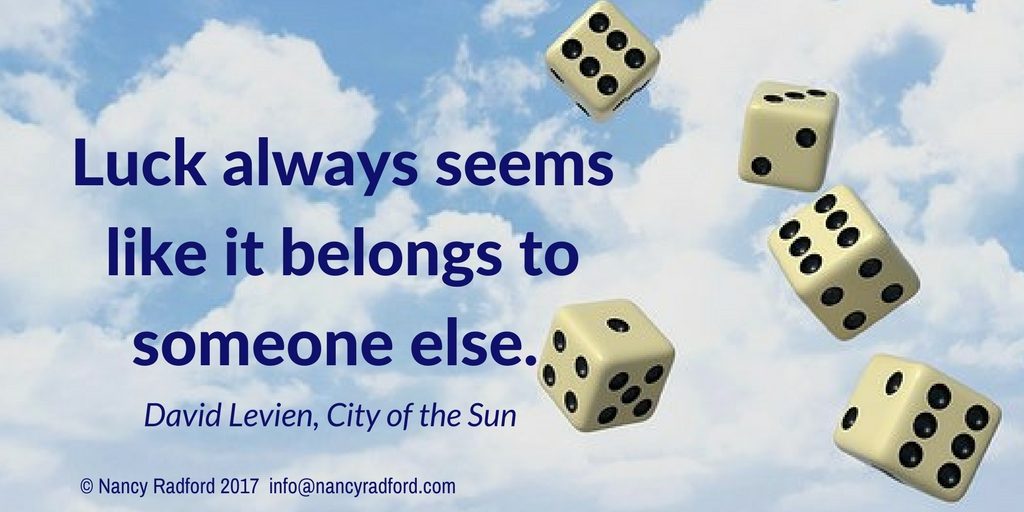 Is there such a thing as luck?

We all know people who seem incredibly lucky. Everything they touch seems to go well. Others seem remarkably unsuccessful in just about anything.  “The Secret” and other mystical books suggest ways to change your luck. Scientist and magician, Professor Richard Wiseman, decided that this was a subject worthy of scientific scrutiny. He and his researchers spent years studying lucky and unlucky people and discovered how you can actually change your luck.

What doesn’t affect your luck

Winning the lottery is what most people think of as good luck. An appeal on national television resulted in  700 people who bought lottery numbers and completed a luck questionnaire. The experiment results indicated that luck wasn’t due to psychic ability. Then, the researchers tested people’s intelligence. Being lucky or unlucky is not related to intelligence.  However, they found that there were significant differences in the circumstances and history of lucky and unlucky people. Lucky people won more competitions, got the job, the relationship or house that they wanted. So, what was the answer?

Finally, Wiseman and his team discovered that lucky people thought about life differently in 4 key areas.  First, lucky people expect good fortune. This resulted in them behaving in a way that improved their odds. For example, because they expected to succeed, lucky people entered more competitions, so were more likely to win one. This is the science behind “The Secret” and positive mental attitude. Expecting good results makes them more likely to happen because you try more things and keep trying for longer.  If you expect people to smile at you, you will smile first. Most people will smile back. This starts a positive spiral.

Wiseman taught the four principles of luck to unlucky people and changed their lives. Here is a LuckCard-A6 to remind you of the principles. You really should read the book, The Luck Factor: A Scientific Study–it will change your life!

If you would like to hear more about how to make your life easier and luckier, sign up to my mailing with tips and clips (and a free e-book)

I specialise in helping people turn bad luck and poor relationships into positive results, using research-based techniques combined with concern and compassion. Contact me if you’d like to hear more.